So many ‘normal’ people become trapped inside the comfort zone. It’s where we feel safe and we know exactly what to expect. It’s predictable and easy. We fear what we do not know. However, what we must realise is, is that fear does not keep us safe. It cages us.

A Dominant will investigate the beliefs, values and attitude of a subject in order to appropriately alter them. Sometimes a subject holds strong limiting beliefs about being weak, undeserving and unworthy. A true reality to the subject but ultimately a false perception formed from lack of self-confidence. A dominant will help the subject build his self-confidence and will orchestrate that based on the subjects desires and capabilities.

Example: A subject goes to see a dominant to explore their cross-dressing interests. At first, the subject is slouching, head down, makes minimal eye contact and his tone of voice is nervous. The subject is taken into a dimly lit room full of mirrors and dressed in beautiful lingerie, exquisite gowns, stunning make up and jewellery. The dominant encourages them to catwalk and show off their new feminine look as sensual music plays in the background. They dance and laugh together as if it’s a slumber party. The dominant takes sexy pictures of the subject in different provocative positions and jokingly says they’ll be put on the internet for all to see. The subject feels confident and sexy.

So many of us find it so hard to express ourselves. We say we want to but have no idea where to start or what that even looks like. In the beginning of the above example, the subject was shy and reserved. With the Dominants help and encouragement, paired with a new look and attitude, the subject became confident and enthusiastic. This fun session one method of emotional liberation which allowed the subject to enter into his confidence and for once feel good about himself. Some aren’t so lucky and go to the grave never experiencing such a thing.

Trust and vulnerability are another rare occurrence for most humans. We don’t trust others and we especially don’t trust ourselves. We find it hard to trust ourselves to make the right decisions and we certainly struggle to be vulnerable. Because If we are vulnerable it’s assumed others will see us as weak and sensitive.

However, the ability to trust and be vulnerable are signals of mental strength and emotional intelligence. To trust takes the worry of responsibility off of one’s shoulders. To be vulnerable means to allow emotions to be expressed when they arise. Inability to trust breeds paranoia and delusion. Not being vulnerable causes tension and self-doubt. When we resist vulnerability, we’re listening to a “voice” that’s telling us we shouldn’t be a open, but in truth, we’re actually denying the people close to us by not allowing them to fully know us. We fear we will be hurt or rejected, but vulnerability actually draws people in.

Example: A subject who is a very successful lawyer would regularly visit my dungeon on his lunch break. At work, he was always in control and craved liberation from the responsibilities of everyday life. He was mostly interested in extreme humiliation and corporal punishment. Firstly, I would tie him in different styles of predicament bondage. Then proceed to tie him in a bent over position, attach heavy weights to his balls and electrodes to his nipples. I would then proceed to punish his bare bottom with my hand first, then gradually working our way up to the riding crop, paddle and eventually the cane. He wouldn’t be happy until his bottom was red raw and bruised.

Subspace and Topspace aren’t just feelings, they’re science. And they’re every bit as good for your mental health as running, yoga and meditation.

Floating in a cloud of pain and pleasure, a dichotomous headspace of presence and dissociation where one is totally in the moment, anticipating what Top (Dominant) will do, but also so high on what one is feeling there’s barely a comprehension of self. All worries fade away, there’s no distinction between oneself and the universe, and for the foreseeable future, all a subject has to care about is being a good for the Top.

There are distinct and well-documented neurological differences between what a submissive may feel in this moment of intense vulnerability and surrender, often called “subspace”. And what a Dominant experiences when they’re focused and in control is often called “topspace” or “domspace”. These non-permanent states of consciousness have benefits for both involved; ones that can often extend far outside the scene and into daily life.

While it may be easy for someone who’s vanilla to judge a submissive’s yearning for “lack of choice” and sense of release, it’s important to remember that more mainstream altered states like dreaming can offer similar feelings to subspace. Take meditation, for example: the Mayo Clinic describes it as a “mind-body complementary exercise” that can produce a sense of intense presence, tranquility and relaxation in the body and mind that allows the world around you to fade away. Just like in subspace, there are no choices to make in a meditative state, nothing to follow except your own breath and nothing to attune to except to whatever is happening in the present moment.

Their benefits overlap, too. Both meditation and subspace have been shown to reduce stress, control anxiety, enhance new perspectives and increase self-awareness, creativity, patience and tolerance. Kinky or not, it’s safe to say they’re almost exactly the same thing. It’s just that one of them involves deep breathing and the other’s got gimp masks and ball gags.

While some may prefer a more traditional route to this state of consciousness, like by running a marathon or yoga, the fact still stands that altered states of consciousness can actually be incredibly beneficial in the long run. According to Science Focus magazine, some of the long-term effects of this headspace include “a renewed sense of wonder,” a greater openness to new experiences and better connectedness with nature and with other people. And, as an article in the Journal of Positive Sexuality found, those who access this subspace through kink can also benefit from a “reduction of physical and psychological stress” and a “feeling of heightened intimacy between partners.”

Topspace, on the other hand, is an entirely different animal. Rather than coaxing practitioners into a state of dreamlike bliss or a sort of melting, mediative dissociation, the altered state Dominants experience is characterised by intense focus, presence and attentiveness. Feelings that are often described as being “in the zone” or “firing on all cylinders.” As I mentioned earlier, in contrast to subspace, topspace can actually enhance cognition, so much so that many tops actually did better on Stroop tests after their scenes than before them. And that’s a good thing because Dominants need technical acuity, focus and heightened attention to their sub’s body language and needs in order to use their tools and toys safely.

For some, subspace is activated by acts of submission like being “forced” to do certain things. Like undress or be lead on a leash. For others, myself included, it may be the the mix of an established power dynamic and the honorifics that come with it like calling the Dominant Goddess, Daddy, Mommy, Sir, etc. As well as pain and impact play.

Topspace is just as personal for dominants as subspace is for a submissive. For me, it’s the moment I see a submissive fall into subspace I find myself on the edge of my own altered state. Classic BDSM protocols like having a submissive kneel in front of me, as well as certain humiliating activities like foot worship or using a submissive as human furniture, can also flip my switch from normal waking consciousness into topspace. As for the science behind all of this, it’s safe to say that as kink becomes more mainstream, additional research will hear the perverted call to study its effects on the brain. Until then, we’ll have to figure it out for ourselves, by learning what turns us on, what hurts so good and what gets us feeling like we’re floating in a personal sea of divine deviance.

Chloe Pillans, lover of language and the power of the mind shares intimate writings on dating, relationships and sex.
Chloe has spent 7 years in the sex industry learning the psychology of sexual behaviour first hand. Trained in Hypnosis and Shamanic Tantric principles, she is passionate about guiding people towards sexual enlightenment with the power of awareness.
Spiritual and warm-hearted, Chloe’s life mission is to inspire and encourage others to embrace their divine sexual nature and enter into the power of pleasure.

The Root Of Sexual Shame

Feeling like crap? Here are 10 Negative Characteristics That Cause Misery

How Sex Keeps Us Healthy

Filled With Rage By Your Ex?

19 Skills Men Should Master Before 40 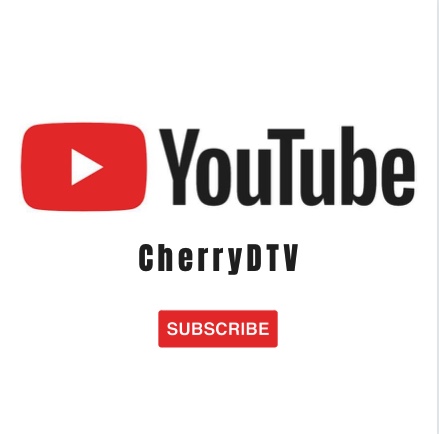 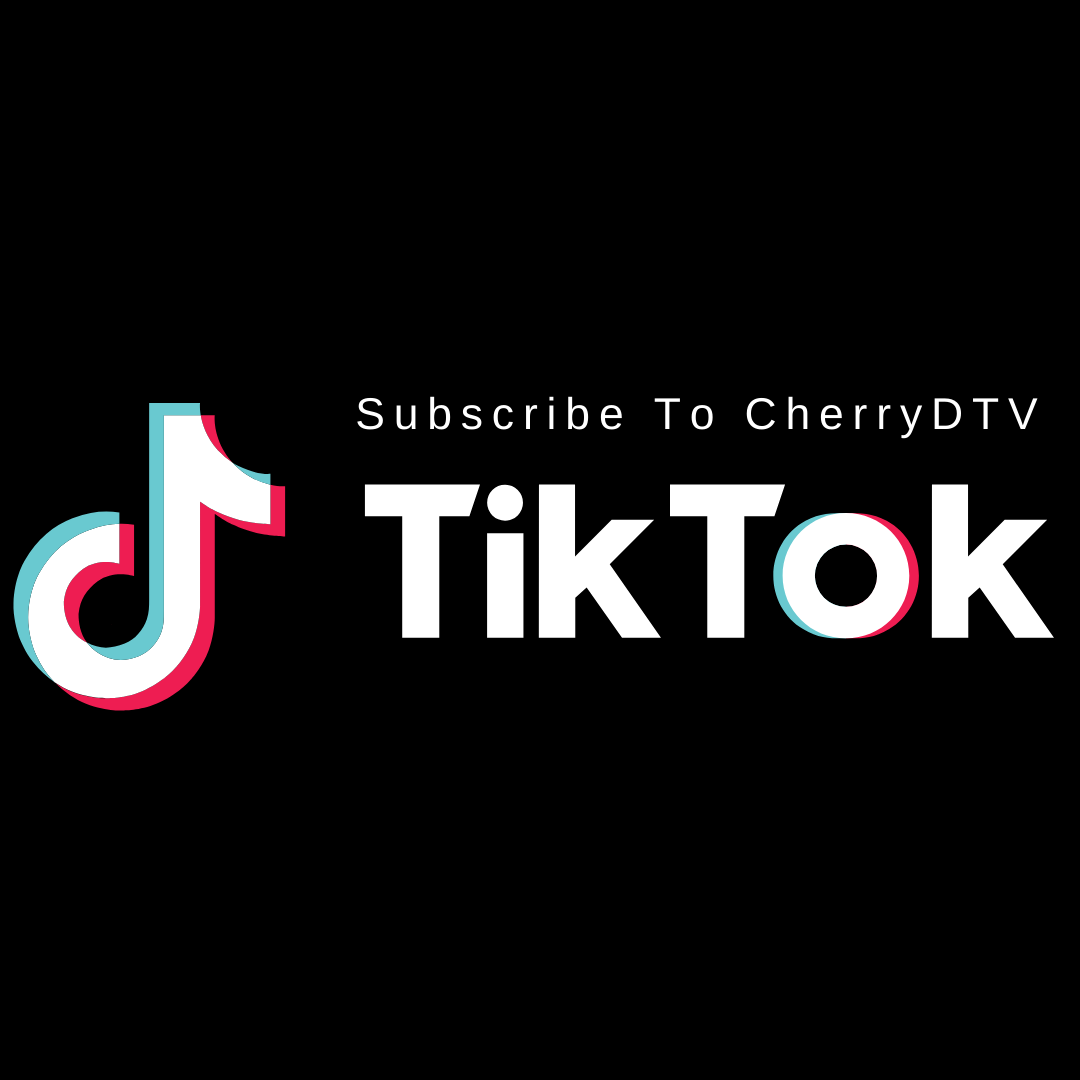 Enter Now To Win A Date With Cherry...

Breast Surgery; Cherry Dana’s Before & After